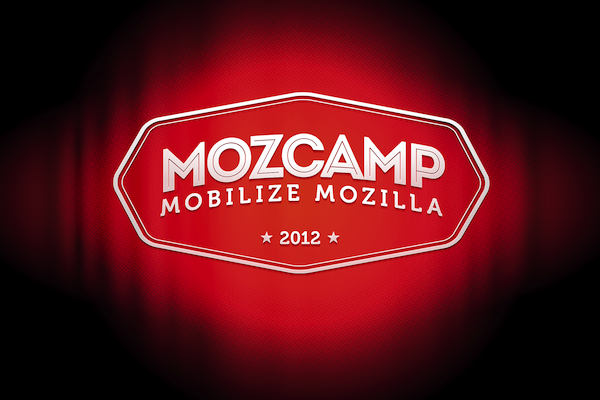 A group of around 200 Mozillians gathered in Warsaw, Poland last week for the European MozCamp of 2012. My last MozCamp was the one in Prague back in 2009, so it was wonderful to be able to participate and meet with the European community after so long. There was a mix of familiar and new faces, a great sign of a growing and vibrant community!

The theme of the weekend was Mobilize Mozilla, which to me meant rallying the Mozilla community around our various mobile efforts which includes Firefox for Android and FirefoxOS. For years, Firefox on Desktop has been and still remains Mozilla’s flagship product, but there was never a doubt that Mozilla’s mission was much larger than Firefox. The opening keynote was by Tristan and Mitchell, which covered some general updates on various Mozilla activities around the world and specifically Europe, but also some inspiring comments on why our priorities at Mozilla are the way they are. I especially liked Mitchell’s emphasis on building quality products that people love to use. As Mozillians, we’re clear on what our values are, but no piece of software can perfectly represent them. Even Firefox isn’t perfect, which is why we’re improving the security and privacy it can offer with every release. What matters is that we’re taking small steps, each one bringing us closer to the “perfect product”. Now that we’re building mobile products, we’re going to be challenged with some decisions that may be hard to make. In times like this, it’s important to keep the big picture in mind; Mozilla can’t do any good if it becomes obsolete!

The second keynote was by Jay Sullivan, who gave us an overview of where we are with all our products currently, and what’s coming up in the future. There were some pretty cool demos as well, and I had the wonderful opportunity to showcase BananaBread, a 3D FPS built by azakai and several other Mozillians, using only HTML5 - no plug-ins. It uses emscripten to convert the open source Cube2 game engine “Sauerbraten” from C++ to JavaScript, and the performance is pretty smooth. As a gamer, I must say that I’m very impressed!

This was followed by a demo of the latest features in Firefox for Android by Wesley Johnston. He showed us how smooth scrolling is (no more checker-boarding!) and some of the latest WebAPIs and CSS3 transitions in action. My favourite new feature is the reader mode, now available on the Beta - go check it out! Andres Martinez from Telefonica then gave us a good look at the new FirefoxOS on a real device. The Gaia UI has come a long way, he showed us the task switcher, music player, the browser and a game. It was nice to see music still playing in the background throughout the demo. Gavin Sharp gave us a preview of the new Social API that’s landing in the nightlies. The Labs folks had been working on it for a while, and it’s very close to actually landing in Firefox, thanks to a bunch of effort by Gavin & team. We tried to follow that with a WebRTC demo, unfortunately, we ran into technical difficulties while on stage ;) Thankfully, we were able to successfully repeat the demo later in the day, during a session on WebRTC that Timothy Terriberry and I ran. Paul Rouget then took the stage and showed us some of the new developer tools hotness, including tilt and the command line.

The morning session had two more keynotes in store, David Slater gave us an overview of Marketing at Mozilla. He also revealed our top secret plan for marketing Firefox on desktop - more t-shirts! This was followed by caution that the strategy for mobile will have to differ, and a glimpse of what’s in store. Check out about:home in your Firefox for a cute little Android animation! He then invited community members to come forth with their crazy ideas, we’re going to need them to compete with other industry giants with piles of cash! Get in touch with Gen Kanai, he’ll patiently listen, no matter how crazy the idea :) The final keynote of the day was by Mark Surman, who gave us an update on various efforts by the Foundation, and like at CampusParty, made a case for building a generation of WebMakers. The Chad Vader Friday parody was played again, and good times were had!

We rounded off the morning session with a showcasing of the community quilt - a 90 second lightning talk by one representative from each community. I learnt a lot about how our community operates on the ground, what challenges they’re facing and what they’re most proud of. The rest of MozCamp was filled with sessions and fun activities, but I won’t get into the details of them all or this post will get way too long! However, I will mention that I loved the buddy program at this MozCamp. My buddy was Anas El Husseini, who does localization in Arabic, among other things; and we had a great time swapping stories. It’s just awesome to part of a community that’s so wide and diverse.

If you ever get a chance to attend a MozCamp, I’d highly encourage it - it’s a blast!

P.S. Slides from our WebRTC session are here, if you’re interested.