Mozilla at CampusParty '12 and Berlin 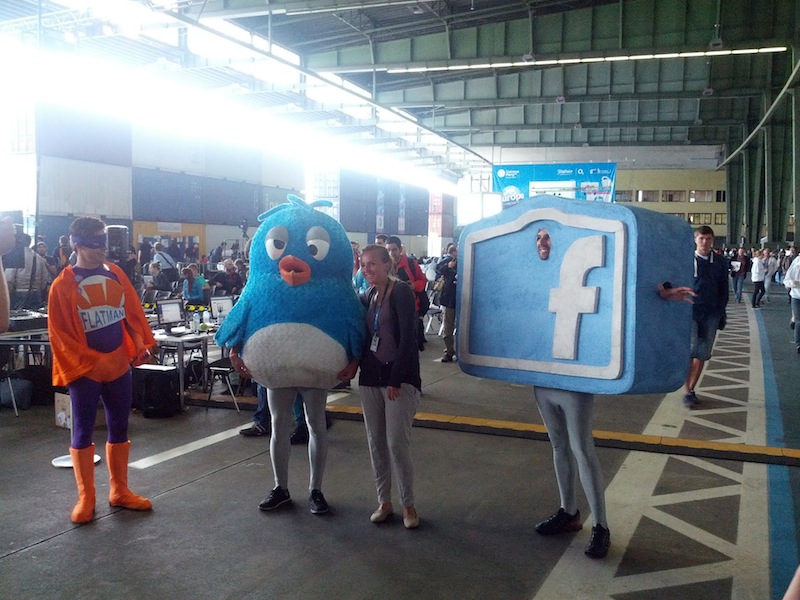 I had the wonderful opportunity to participate at CampusParty Europe in Berlin over the last few days. I had never been to a CampusParty before, but I had a great time! It is definitely one of the more unique tech conferences out there, if you can even call it that. The most amazing thing about this event was that it was hosted at an old airport, Berlin Tempelhof, and a lot of the interiors are still intact. For instance, you can still see conveyor belts, signs like “Passport Control” and all the gate numbers. The talks themselves were located in a large hangar-like structure, which made for some odd acoustics, but the talks went surprisingly well considering 8 of them ran in parallel under a (very large) roof. Another adjacent hangar was reserved for a bunch of tents where participants chose to camp out through the entire event. 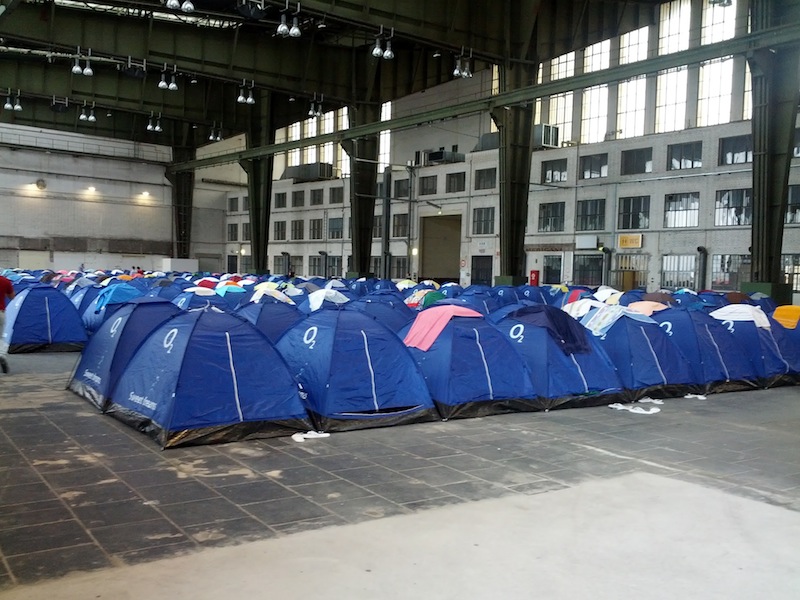 My primary focus at the event was to support the Firefox OS Challenge held by Telefonica. I spoke to a few developers on how to go about writing an app for Firefox OS, and some of the common pitfalls encountered when a website is converted into an app. I think the reception was pretty positive and it was great to meet folks who were pretty excited about Firefox OS. I was also extremely pleased that my Samusng Galaxy SII with FirefoxOS worked flawlessly through all the demos (yes, even the WiFi)!

You can find slides from my presentation here.

Mark Surman, the executive director of the Mozilla Foundation had a talk scheduled at the “free software” track.  His talk was about the Mozilla Foundation’s vision for promoting openness, innovation and opportunity on the web, with some interesting ideas on how to achieve that in the long run, over the next century. What I found particularly interesting was the notion of building a generation of Webmakers, i.e. ordinary people who know how the web works and are “literate” enough to write or hack a web page. This knowledge is mostly limited to computer programmers or engineers  these days, but Mark’s argument is that because the Internet is so vital and fundamental to human society, it is important that we educate the next generation about the web, just like we do with reading, writing and mathematics. The Webmaker project, along with tools like Thimble, X-Ray Goggles, and Popcorn are all steps in this direction. Chad Vader’s remix of Rebecca’s Black “Friday” was played at full volume during the talk, and at one point there was a caped man on stage. ‘nuff said.

Next up was the charismatic Christian Heilmann, who spoke about Mozilla, the web and you. The talk covered a wide range of topics, with a focus on Mozilla’s latest efforts in the Mobile space, specifically Firefox OS. There was also a shout out to WebRTC, one of the projects really close to my heart, woo! Christian’s talks are always very entertaining, he has a blog post with links to slides and the recorded talk, which you should check out! 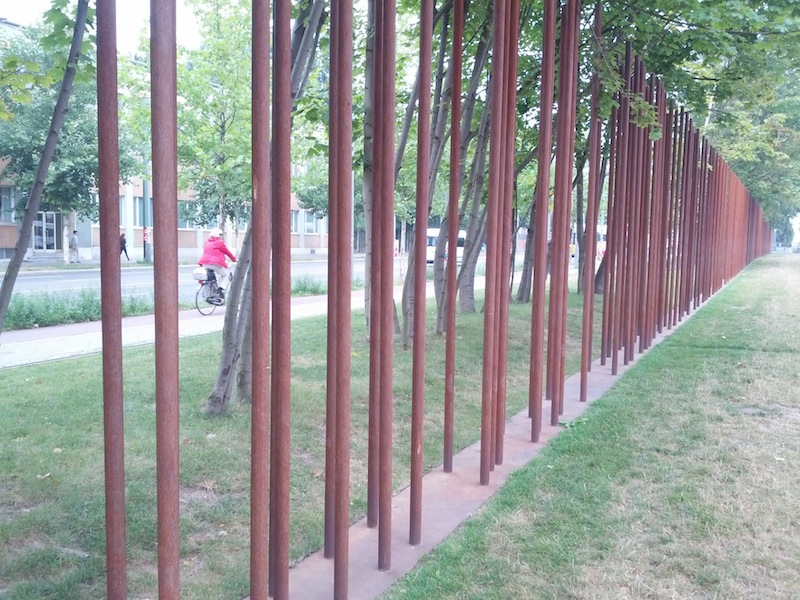 I also got the chance to visit the venue of our future MozSpace in Berlin. Mozilla Spaces is a project whose aim is to set up places around the world where the Mozilla community can come together to hack, design, research and all the other things Mozillians do to keep the web open. The tech scene in Berlin is pretty hot right now, and given the strength of our existing community there, it seemed like a fairly natural place to open up a MozSpace. The space is right on the historic Bernauer Straße, overlooking the memorial. There’s a lot of history behind the area, and the locality is filled with offices and co-working spaces for many other interesting startups. The San Francisco MozSpace has some serious competition with both the Paris and Berlin projects underway! 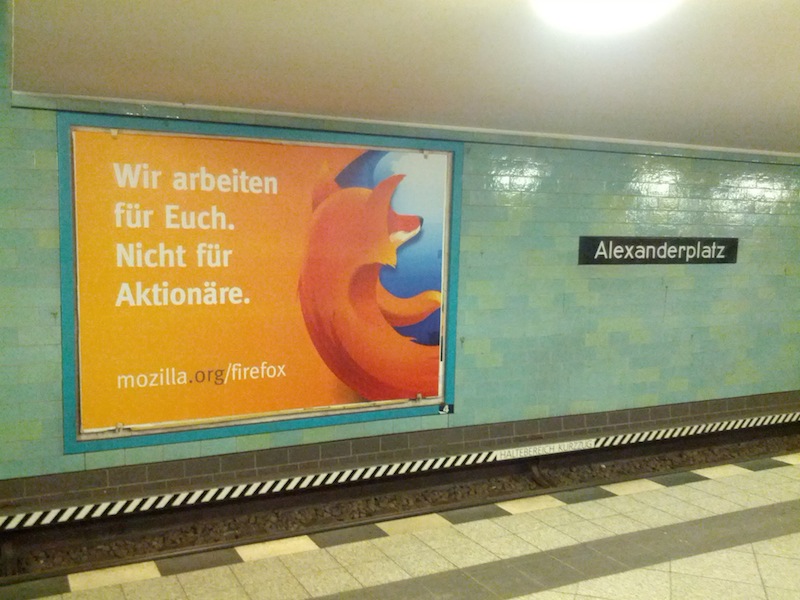 While strolling around Alexanderplatz, the city’s U-Bahn (subway) center and generally a very busy plaza, I was delighted to see Firefox Advertisements all over the walls. We did a small advertising campaign in San Francisco at the Caltrain station and the US-101 a few months ago, and this appears to be a continuation of that effort. Germany is known for its emphasis on Privacy (both Google & Facebook have had tussles with the German Government on such issues), so I hope the various messages resonated with the public. I don’t speak German, but I’m told the phrases were rather eloquent!

It’s been a while since I’ve been to a MozCamp (my last one was at Prague), and so I’m really looking forward to attending MozCamp EU in Warsaw. Tim Terriberry and I will be talking about WebRTC, and I hope to see some of you there!