The Mobile World Congress at Barcelona this year was the first trade show that Mozilla has participated in. This is new territory for us, but given that 2012 marks the year where mobile devices will far outnumber desktops & laptops, it was clear that Mozilla has to play a central role in promoting an open ecosystem for mobile devices. However, we’re a small, community-driven software company, so putting on a professional face at a trade show like MWC to tell the world that we’re serious about our enacting our mission in the mobile space can be very intimidating. Especially when you’re sharing the floor with established industry giants; Huawei, for example, had a whole city block reserved for their “booth”. Other carriers, OEMs, and hardware manufacturers had an equally large presence at the show. At the beginning of the week, what we mostly hoped for was to sneak in, show our wares and gauge interest. What we actually got exceeded our wildest expectations. 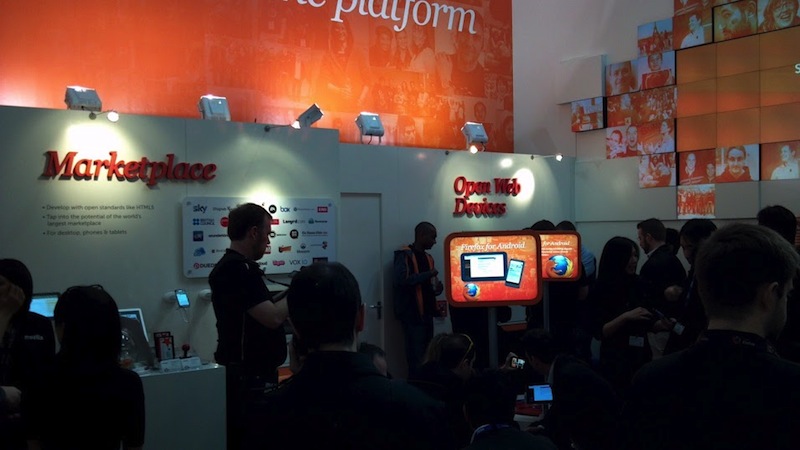 We setup our booth at App Planet to showcase many of our products that are relevant to the mobile space: Boot 2 Gecko, Firefox on Android, the Mozilla Marketplace, and Mozilla Persona. There was a continuous stream of people, on all four days, interested in checking out demos of our various products, which meant non-stop talking for booth staff! One of the things we’re really proud of is that our booth was manned by Mozilla staff who directly work on the very same products we were show-casing. This made for some very authentic demos, and we left no question unanswered. 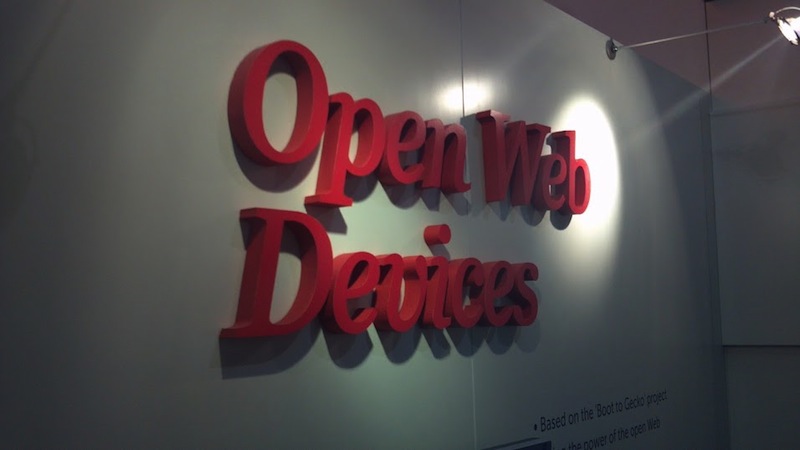 On the first day, we made an announcement that we would be partnering with Telefónica to release an open web device, a phone based fully on HTML5, powered by Boot 2 Gecko. This really resonated with almost everyone at the event, and set the tone for the following week. I had several people come up to me at our (rather modest, what I thought would be almost unfindable) booth and ask for a B2G demo, which kicked ass (and was only finished on Sunday night, most of us only saw the working phone on the first day of the show!). One gentleman from the press even commented that it was the only news worth writing about.

This is the kind of response that really energizes the entire team and validates a lot of our thinking in the mobile space. In a world that is dominated and controlled by vertical silos like those built around iOS and Android, our call for a more open eco-system is something that many at MWC were able to understand as being important, and potentially disruptive. Imagine being able to install apps from not just one marketplace, but several, or even just being able to navigate to a web page to install an app, without a gatekeeper or a middleman.

Everyone (including myself) was blown away with the performance of B2G on the demo phones, running apps like Cut the Rope (which was recently ported to HTML, CSS & JS, thanks to Microsoft) just as smoothly as the native counterpart. Our demo had a little view source button, which you could press when you were on the home screen, the dialer app, or anywhere else; and it always put a smile on the audience’s face. This is really a phone made of the web, for the web. 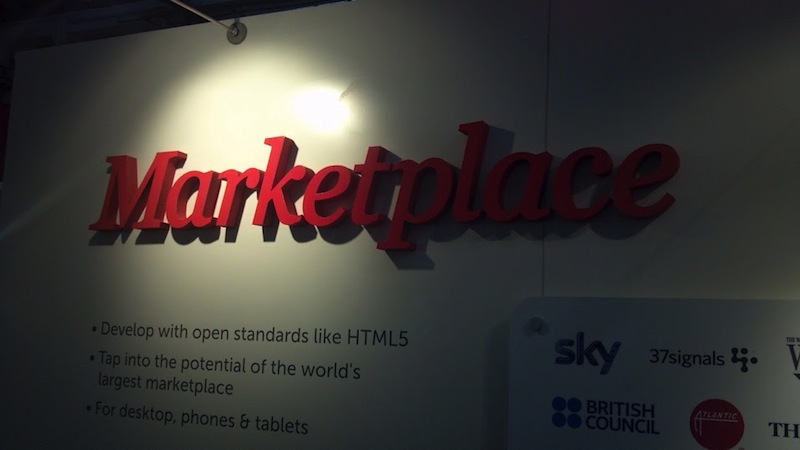 The natural transition from the B2G demo happens when someone asks “how do users get apps on the phone?”. Mozilla is going to be running a marketplace for apps written using HTML5 technologies. Our marketplace is already open for developer submissions, and we hope to have a consumer beta ready sometime by the end of Q2 this year. We showcased some of our partner apps that have been submitted to the marketplace, running on a variety of different platforms: Android phones, tablets; Mac and Windows computers.

We’re going to have an awesome, community-driven app store (built on the same principles, and even the same code-base as our add-on marketplace), but it will by no means be the only HTML5 app store in town. We encourage, and even support, other companies wanting to setup their own stores; and developers are always free to self-publish apps on their own websites (adding an ‘install’ button to your website is really simple!). We’re going to be supporting paid apps on our marketplace, and also provide an in-app purchase API (credit cards supported via PayPal, and we’re also trying to support carrier billing in some countries); but because apps are built using the same web technologies used for building websites, developers are always free to setup their own payment systems.

It’s a really open eco-system, bringing the flexibility and distributed nature of the web to the app world. If you’re interested in the technical details of how this all works, I wrote a post sometime ago explaining it all. A very common question I received was “is there an SDK I can use?”, or “are there standard UI widgets we’re expected to use?”. The answer is that, this is not just another app store, developers will use the same technologies as they do today to build websites, with a few tweaks here and there (to support multiple screen sizes, and to support offline usage, etc.) to make an app. You can use any of your favorite JS frameworks, UI widgets and server side frameworks to build an app. Again, an app marketplace made of the web, for the web. 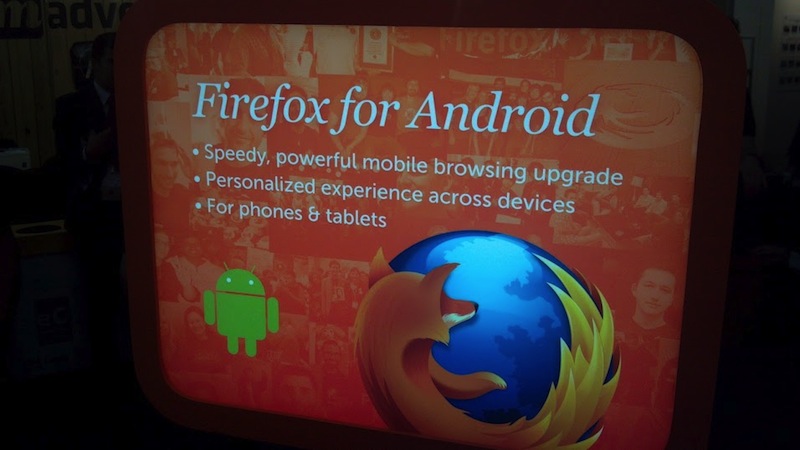 We also had lots of visitors to our booth who were either fans of Firef ox and just wanted to say thanks (we love you all!) or were former Firefox users who now use a different browser (we love you too!).

The original version for Firefox on Android was built using the same front-end code (XUL) as on the desktop and had some performance problems. We’ve since re-written the entire UI to be much more smoother, and really focused on improving startup speed. We had some amazing demos of Firefox on Android phones and tablets that showcased all of these improvements, and more.

We also had a chance to demo some of the cool new WebAPIs that we’ve introduced (many of them driven by the needs of B2G!): such as camera access, accelerometer, vibration, etc. I think most of our visitors were very pleased with how far Firefox on mobile has come, with competitive performance and a smooth browsing experience. We look forward to pushing the latest nightly version into the Google Market on Android as soon as possible so everyone can get their hands on them! (If you’re an impatient daredevil, just head to the nightly page to download the latest & greatest).

Mozilla Persona came up a lot in conversations, as identity is the binding glue for all our projects. Enabling a really simple sign-in process on not just websites but also devices like B2G phones; while respecting user privacy and choice, is a high priority for us. We were able to do demos of a Persona based login to the Apps marketplace but also explain to everyone interested about how this is not just another login system like Facebook Connect, but rather a federated and distributed system for identity. Keep up with the latest developments in this space on the Mozilla Identity blog!

During the same week as MWC, Gary announced Collusion at TED U, an add-on that lets you discover who’s tracking you online. With the recent debate around user privacy, especially in the mobile space, it wasn’t surprising that there were quite a few people who were interested in Collusion at MWC. I was able to give a few demos of the add-on in action on the desktop computers, but unfortunately we didn’t have a version working on our Mobile browsers (something we hope to fix in the near future). It was awesome to be able to demo this at MWC and show to the world that user privacy comes foremost at Mozilla (Firefox was also the first browser to implement Do Not Track).

All in all, this past week has been pretty exciting for all of us. Firefox brought openness to the web almost a decade ago and played a key role in shaping the web to where it is today. However, as the world is changing and becoming more mobile, we’d like to bring the same values and principles with us into this new realm. At MWC, we showed the world that Mozilla is a serious player in the mobile space. We made a lot of promises, and we loved the response; now is the time to execute. I hope that at the next mobile world congress, we will have lived up to all our promises and have a pretty compelling demonstration of what we accomplished in 2012.

The web is the platform. And Mozilla is leading the charge. Onward!