The grand Summer of Code Mentor Summit of 2009 concluded last week and I had the fantastic opportunity of being able to attend on behalf of Gentoo, Plan 9 and Mozilla. What follows is some indication of how awesome the summit was: 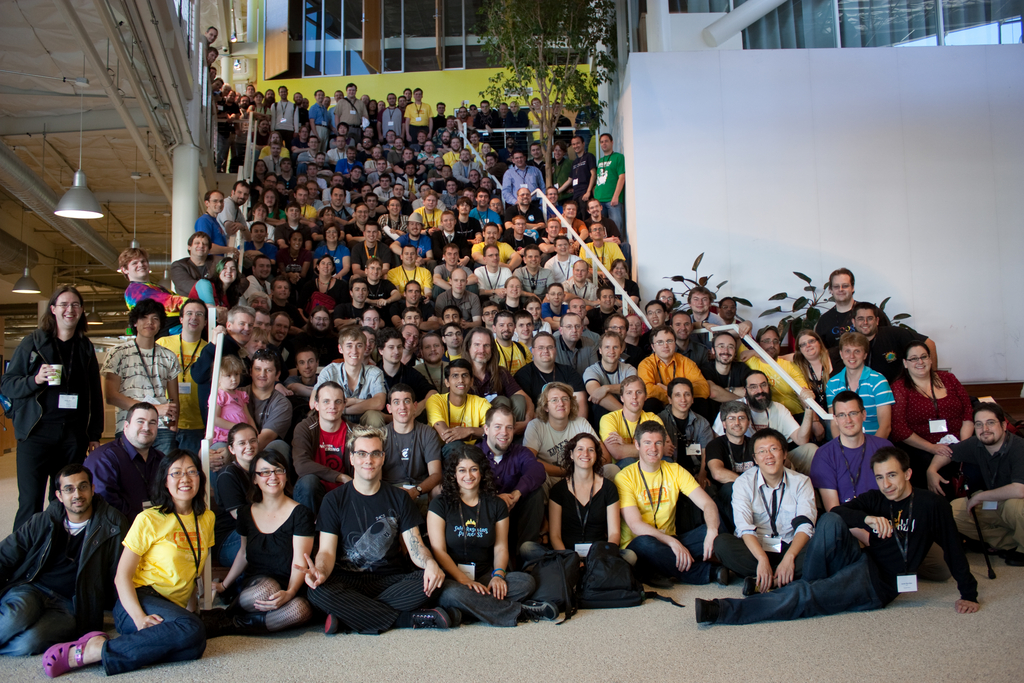 (Photo courtesy of warthog from Etherboot)

I met so many folks I’d only interacted with online so far (the classic nickname-to-face matching), but even better was the opportunity to meet folks powering open source projects from so many diverse backgrounds. I met many of my personal rockstars, and learned about a bunch of open source projects I’d never heard of :)

Other sessions worthy of special mention were Open Source Security, Recruiting and Retaining Awesome People, Advanced Trolling (yes, you read that right), and of course the always welcoming Casablanca where I spent most of my time. We discussed everything from our SoC experiences to the Afro Celt Sound System in that room, always full of creative energy and warmth.

After 4 years of participating in the Summer of Code, I am super happy to have finally met the faces behind the program. Every single person I met over the course of last weekend was friendly, intelligent and just generally awesome; that sort of thing doesn’t happen by chance. I feel warm and fuzzy inside to think that I’m actually a part of the revolution that is free and open source software, three cheers to everyone that made it possible!