Unholy Union of the Big Three

ZOMG. Parallels’ latest build brings along with it some nifty features. Which ultimately leads your desktop to look something like this: 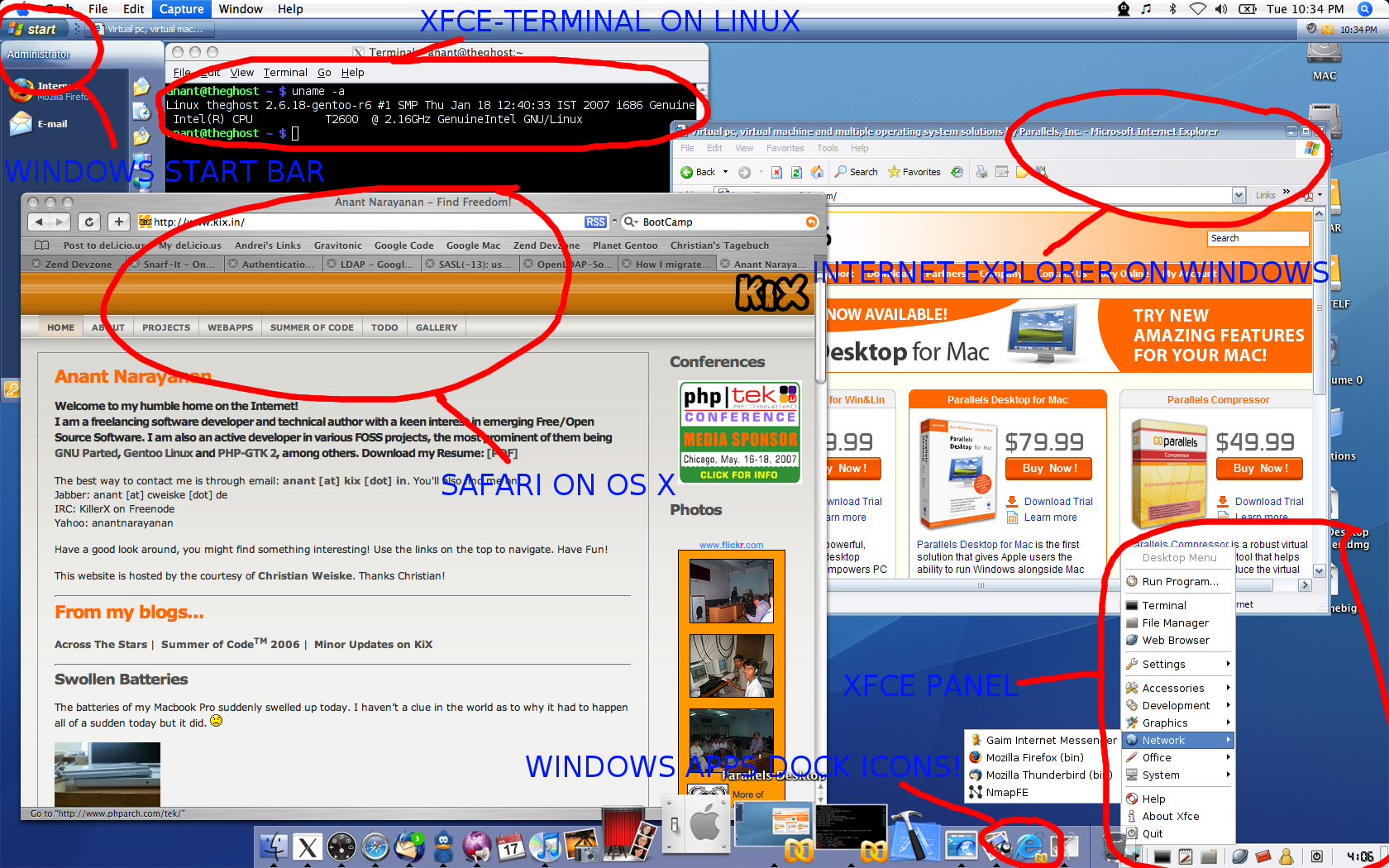 No, that’s not some fabricated image made in GIMP. It’s for real; you can now run all the big 3 OSes side by side, just as if they’ve known each other for years!

Here’s how you do it:

This has got to be the most coolest thing I’ve ever done with a computer!

(In the screenshot: Windows Start menu just below the Apple menu; XFCE-Terminal on Linux; Safari on OS X; IE on Windows; XFCE-Panel (on Linux) just to the right of the OS X Dock. Windows applications even have their own Dock items; All Linux apps will be shown as only one X app though).