After a lot of hacking, I finally decided to release the next mini-version of Beacon. 0.2 has a lot of changes from the previous version; the most significant of them being a complete architectural change. Beacon 0.1 completely relied on JavaScript for most of the XML parsing; but I switched to PHP in this version. Hey, the server is bound to have more resources than the client, so the application is now a whole lot faster than before!

I also finally got the DOM Tree to work. So now we have nice tree-like display of the GuideXML document. I’ll be adding DragAndDrop support to the tree itself sometime soon, but for now you have an easy of selecting and deleting Nodes (Chapters and Sections). Check out this screenshot: 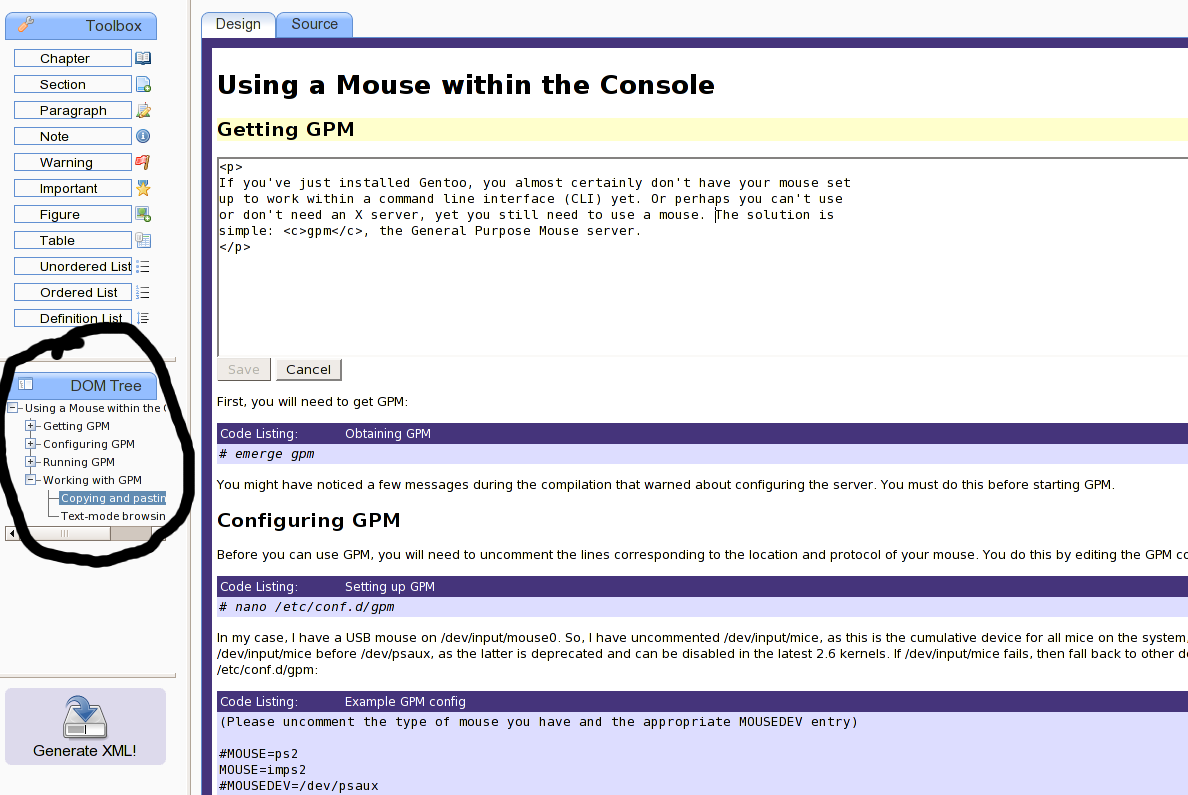 Beacon 0.2 also using the Geshi syntax highlighting engine to display the XML source instead of the earlier JavaScript engine. The XML is coloured on the server using PHP and subsequent changes are synchronizsed via AJAX calls: 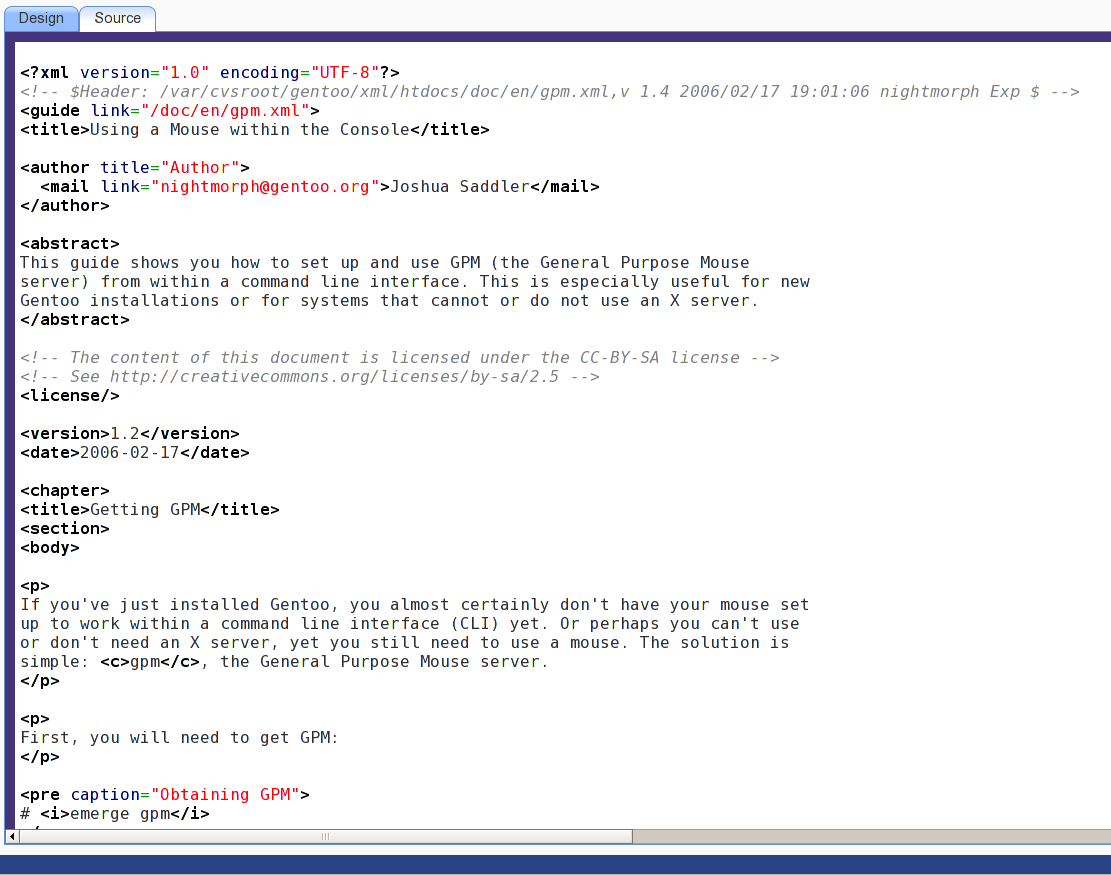 Gentoo Infra still hasn’t removed the GuideXML SoC site, so you can check out the latest Beacon version there, while it lasts!